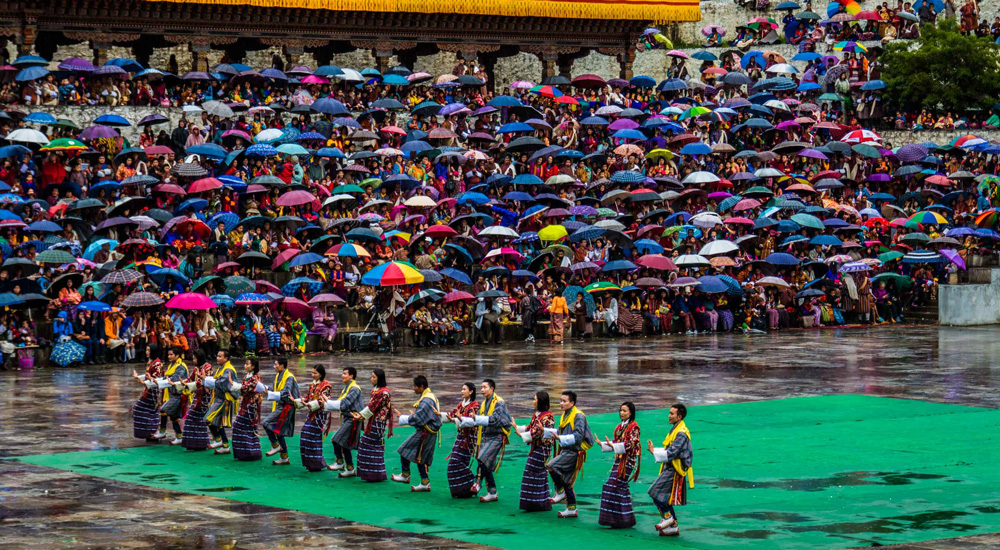 Tsechus are the most popular festival in Bhutan. It is a spiritual social event celebrated annually across the country. The festival honors Guru Rinpoche. Guru Rinpoche is believed to have introduced Buddhism in Bhutan. Tsechus are organized in the courtyard within or around the majestic medieval fortresses. The monks are seen wearing colorful silk costume and their faces cloaked with intricately hand crafted mask. The mask depict terrifying pantheon of deities. The monks perform a series of religion inspired dances which includes a theatrical presentation of the afterlife and the judgment day.

During these festivals, it is a tradition for locals to dress ostentatiously and cook sumptuous food for the event. It is believed that the sacred masked dances invoke deities to bless the congregation. The festival usually lasts several days. The final day of a Tsechu is marked by the unfurling of a gigantic applique scroll painting depicting Guru Rinpoche before the break of dawn. Locals believe that the applique painting has the power to cleanse bad karma of anyone who catches a glimpse of the painting. The painting is only open to public display during the Tsechu.