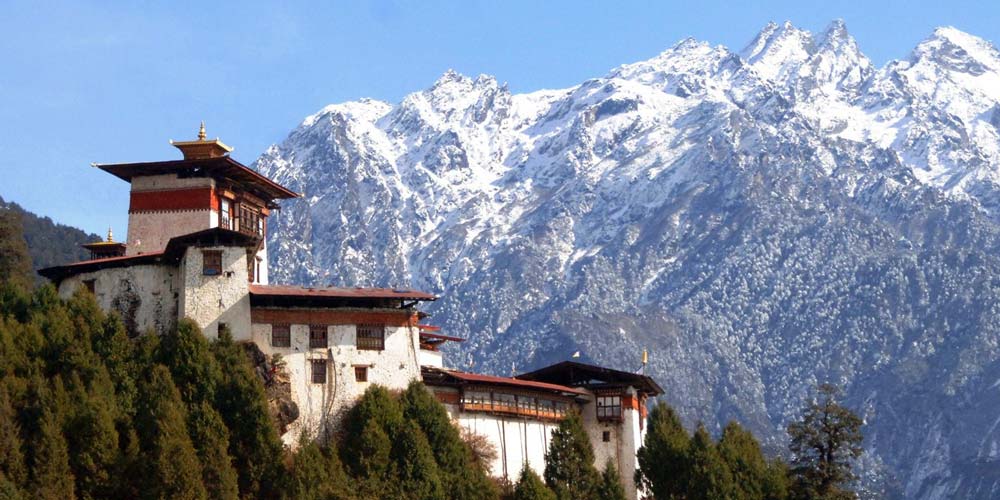 Gasa lies in the extreme northwest of the country and spans the middle and high Himalayas.

Gasa is known for its tshachus (natural hot springs) found at several places with different medicinal values. The Dzongkhags also has a number of Lhakhangs and chortens. The people of Gasa generally speak Dzongkha with a distinctive accent. Layaps and Lunaps who mostly lead a pastoral life rearing yaks and sheep have their own local dialect besides Dzongkha. Gasa has extremely cold winters with short and pleasant summer. Rainfall is scanty but there is heavy snowfall in the upper regions during winter.

Gasa has a total area of 3,130.53 sq.km with altitude ranging from 1600m to 7000m. The Dzongkhag has four Gewogs which includes Khamae, Khatoe, Laya and Lunana. Of the total area, about 35 percent are under scrub forest, 27 percent under fir forest, 15 percent under mix conifer and four percent under broad leafed. Dryland covers an area of 19 percent under livestock rearing. The soil is sandy and supports dry cultivation.

The high altitude and scanty rainfall makes farming difficult so the people in Gasa earn their main source of cash income by being porters to local residents as well as tourists. Sale and bartering of livestock products is another source of income for Laya and Lunana Gewogs.

Gasa Dzong built on the slope facing east is the administrative head quarter of the Gas Dzongkhag. It was built in 1646 by Zhabdrung Ngawang Namgyal.

Gasa Tshachu is most popular among all the hot springs. People from all hot springs during winters, as they claimed to offer many health benefits. There are also other hot springs located in Laya Called Lungo Tshachu and Wachey Tsachu in Lunana.

Gasa has a forest cover of 33 percent and the entire Dzongkhag falls under the Jigme Dorji National Part. Gasa is rich in flora and fauna and boasts some rare species of birds an animal like the Takin, Musk Deer, Bleu Sheep, Snow Leopard, Himalayan Black Bear, Tiger, Red Pandas, Raven, Wild Pheasants, Snow Pigeons, the Red Billed Cough, the Alpine Swift, the Snow Partridge, the Black Necked Crane and many others.